For “Lyle, Lyle Crocodile” star Winslow Fegley, the number one reason people should see the adaptation of the beloved children’s book is, simply put, that it makes you happy.

“I guess I think when you watch ‘Lyle’ and see the movie, it’s so happy. When you see Lyle, it makes you so happy,” he said. feel like that’s a great reason for people to see it, like if you’re depressed or not feeling well or just want to feel happy for some reason go watch this movie. It’s a really, really joyful movie, and it feels good to watch the movie. Why wouldn’t you want that?

Fegley plays Josh Primm in the musical film adaptation of Bernard Waber’s childhood book series. In the story, Josh’s parents (Scoot McNairy and Constance Wu) decide to move to New York, and Josh has many reservations about the change. 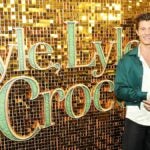 “His dad wants him to do wrestling or follow in his footsteps a bit, and obviously Josh doesn’t want to do wrestling,” Fegley said. “He’s bad at it, and he doesn’t like it. He doesn’t appreciate it. “Later in the movie, when they meet Lyle, I think Lyle really brings everyone together.”

Lyle the Singing Crocodile (voiced by Shawn Mendes), was discovered by Javier Bardem’s character, Hector P. Valenti, in a last ditch effort to develop a new showman number. When Lyle gets stage fright and can’t sing in front of a large audience, Valenti leaves him in his family’s brownstone as he searches for other ways to earn money and pay off his lingering cloud of debt. Josh first discovers Lyle in the attic, but soon the whole Primm family comes to love the scaly singer.

“He brings out the best in everyone and he really brings a lot of people out of their shells. [Josh’s] Dad started to struggle again. [Josh] figure of course[s] how to be more confident [himself]”, Fegley said. “And I think that really brings everyone together and it allows people to do their own thing and not worry about what other people think.” 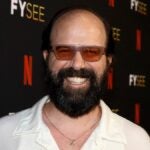 One of the most important scenes in the movie involves Fegley’s character, Josh, telling Lyle that he’ll love the reptile whether or not he ends up singing in public.

“I think it’s a really, really nice scene. I love that scene where he says that to Lyle, because I think whether Lyle sings or not, he really helped the whole family a lot,” he said. Fegley said “I think he brings a lot of joy so no matter what, Josh is going to love him, and I think no matter what, you should love yourself.”

Fegley also shared her hope for what people take away from the film.

“I really hope that when people watch this movie, they realize that they shouldn’t care what other people think of themselves, and they shouldn’t care,” did he declare. “Even if you can’t do this crazy thing, it’s not like you’re terrible in life, as I’m sure there are so many other things you’re amazing at.” 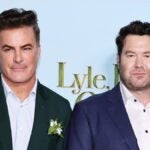