Everything you need to know about the Rugby World Cup final: when it airs, how to watch it – and why Aussies are bracing for a VERY hostile crowd

Samoa pulled off one of the biggest upsets in rugby league history as they beat England to win the World Cup final at the weekend – and now the eyes of football fans everywhere will be riveted on their confrontation with Australia.

The tournament decider is set to kick off at the historic Old Trafford ground in Manchester on Sunday at 3am Australian Eastern Summer Time, meaning a 2am start for fans from Queensland.

This year’s tournament aired exclusively on Fox Sports, with all the action also available through Fox’s Kayo streaming service.

Samoa are the first Tier 2 nation – and only the sixth country – to play in a Cup decider, and they have been bolstered by the news that skipper Junior Paulo has been cleared to play after being cited for a dangerous tackle on the Englishman Tom. Bourgeois. 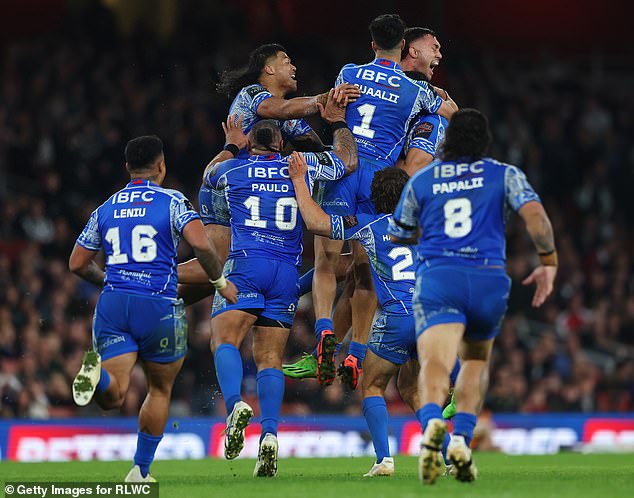 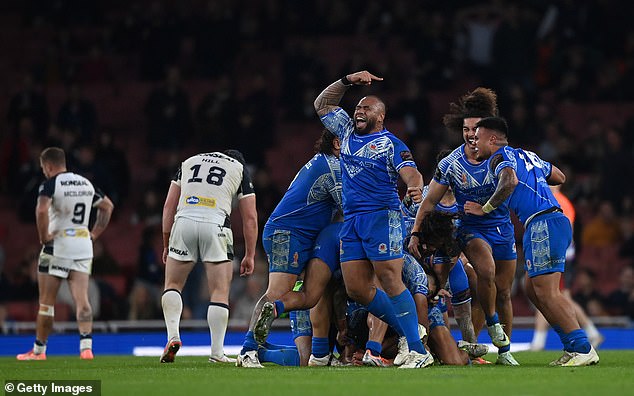 The Islanders will enter the clash as huge underdogs, but they are sure to have the support of the crowd.

Comparing his side’s winning campaign to that of the All Blacks, Australian winger Valentine Holmes says the Kangaroos can expect to be the villains of pantomime in their clash with Samoa.

England’s 27-26 loss to Samoans gives the Pacific nation the chance to do what many thought was unthinkable and bring down the Kangaroos on the biggest stage of all.

Many England fans bought tickets well in advance for the final thinking their team would make it. 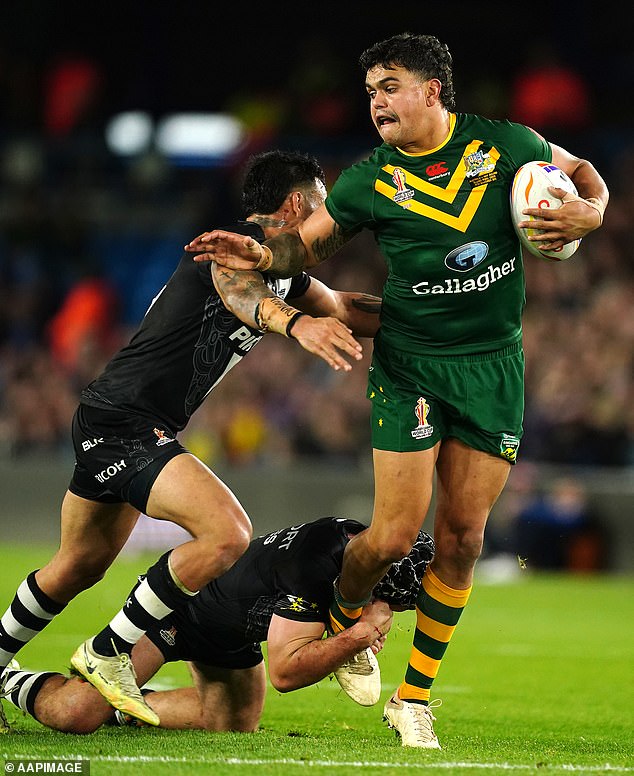 The Kangaroos are the favorites to win the world crown but prepare for waves of boos from the crowd at Old Trafford (pictured, Australian center Latrell Mitchell)

Instead, they will now cheer on Samoa – the first new nation to feature in a World Cup final in 34 years.

Australia’s games were sparsely watched at this tournament, but in their semi-final win over New Zealand in front of a crowd of nearly 30,000 at Elland Road in Leeds, the Kangaroos were booed endlessly.

Holmes said they expected similar treatment in the final due to the team’s aura and reputation.

“It’s something we talked about and we knew we were coming, not as underdogs, but the fans know we’re a world class team,” Holmes said.

“They want to see us lose.

“I guess you could say the same of the All Blacks. Everyone tries to beat them and the same goes for us. 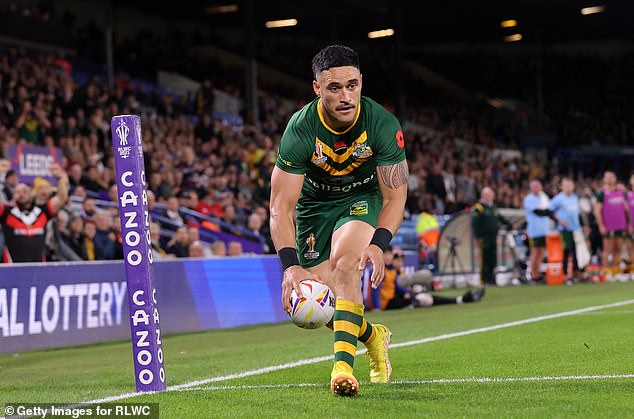 The Kangaroos have only been beaten twice since 2015 and haven’t lost a UK tour or tournament since 2005.

Forward Cameron Murray said his teammates viewed the hostile reception as a mark of respect.

“It was a little warm-up for what we’re going to hear this week,” he said, referring to the New Zealand game.

“Everyone supports the underdogs and we know we are the favourites.

“We’re going to come in with humble confidence and make sure we train in the areas we know we need to fix.”