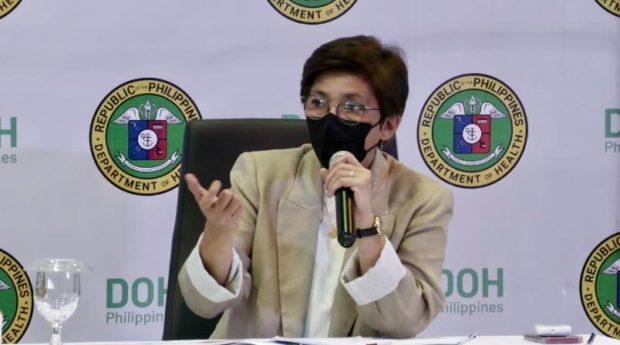 Manila, Philippines – Department of Health (DOH) officer in charge (OIC), Maria Rosario Vergeire, said Thursday that the position of health secretary had not been offered to her by the administration, although she also admitted to having reservations about accepting such an appointment.

In an interview, the DOH career manager explained why she wasn’t too keen on taking over as head of the DOH.

READ: Give Vergeire his rightful place

“It wasn’t offered. I was asked to be an ICO, and I was able to explain my reservations to them as well, and he just said just keep doing the job and we’ll discuss further,” he said. she said on ANC when asked if President Ferdinand Marcos Jr. had asked her to be health secretary.

“I’ve been here almost three decades already and I’m a career official. So kapag can call po kasi tayo, kapag ganyan (So if we have a term, like a DOH chief), it’s only six years. And by the time I complete the six years, I still have years to serve. And I still want to serve until I retire,” added Vergeire.

Nonetheless, she said she was awaiting the president’s decision on the matter.

Last week, Marcos said he would only appoint a health secretary once the COVID-19 pandemic in the Philippines normalized.