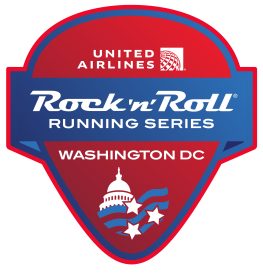 WASHINGTON, DC / TAMPA, Florida. (November 2, 2022) /ENDURANCE SPORTSWIRE/ – United Airlines Rock ‘n’ Roll® Running Series Washington DC returns to the district on March 18, 2023 and will debut a new course. Celebrating the start of a new decade in DC, the course promises to offer more breathtaking sights and landmarks than ever before.

The music-filled running party will provide runners and walkers with an unforgettable tour of the district. The traditional starting line on Constitution Avenue will remain, but improvements along the course will await all participants.

The new half-marathon course will now take participants over the Potomac River over the Arlington Memorial Bridge for the first time since 2016, across the scenic Judiciary Square, and finish with stunning views of the Capitol Building and the Washington Monument as they cross the finish line on Pennsylvania Avenue. Graduates can celebrate with family and friends along the National Mall at the all-new Finish Line Festival.

“We are thrilled to announce this new course which will provide participants with an unforgettable experience,” said Adam Zocks, Race Director for United Airlines Rock ‘n’ Roll Running Series Washington DC “We believe there is no no better way to experience our nation’s capital than to take a guided tour of the district and then celebrate all your accomplishments at our Finish Line Festival at the National Mall.

The revamped 5K course will also allow participants to experience new parts of the district and will end right in front of the Capitol Building on Pennsylvania Avenue as they traverse the streets of Washington DC.

Race weekend will kick off with a free, open-to-the-public health and fitness expo at the Walter E. Washington Convention Center on Thursday, March 16 and Friday, March 17. On Saturday March 18, thousands of runners and walkers will take to the streets as they compete in the 5k or half marathon.

Runners can register to compete in the 2023 United Airlines Rock ‘n’ Roll Running Series in Washington DC by visiting www.runrocknroll.com/washington-dc-register.

The Rock’n’Roll® Running Series is the largest running series in the world that takes place every year in destination locations around the world. Created in 1998, the Rock ‘n’ Roll Running series’ simple idea of ​​making running fun transformed the running landscape in the United States and around the world by infusing the course with live bands, teams of cheering and entertaining water stations, creating a block party atmosphere for participants and spectators alike. Focused on running, music and community, Race Weekend kicks off with a free health and fitness expo showcasing the latest in running gear, athletic apparel, information on health and nutrition and much more. The events culminate with an Encore Entertainment experience featuring eclectic musical artists from a variety of genres. In an effort to help participants find the rhythm in their feet™, the Rock ‘n’ Roll Running series also featured some of the biggest names in music, with past performances such as Macklemore & Ryan Lewis, OAR, Aloe Blacc, Pitbull, Flo Rida, The Band Perry, Fitz and the Tantrums, the Goo Goo Dolls, Bret Michaels, Kesha, The Revivalists, Hunter Hayes, Capital Cities and Matt Nathanson. More information about the Rock ‘n’ Roll Running Series can be found online at www.RunRocknRoll.com and follow @RunRocknRoll on all social platforms.

About the IRONMAN Group

The IRONMAN Group operates a global portfolio of events that includes IRONMAN® Triathlon series, the IRONMAN® 70.3®Triathlon series, the IRONMAN®Virtual Racing™ (VR™) Series, 5150™ Triathlon Series, Rock ‘n’ Roll® Running Series, The Rock ‘n’ Roll Virtual Running™ Series, IRONKIDS®World Triathlon Championship Series, premier racing events including the Standard Chartered Singapore Marathon™ and City2Surf®UTMB®World Series events including Tarawera Ultra and Ultra-Trail Australia™, Epic Series™ mountain bike races including the Absa Cape Epic®road cycling events including the Haute Route®, and other multi-sport races. The IRONMAN Group is the largest mass sports operator in the world, bringing the benefits of endurance sports to more than one million participants each year through the company’s extensive offerings. Addressing the full athlete experience, the company’s portfolio also includes FulGaz, the most realistic connected fitness app for the indoor riding experience aimed at preparing athletes for real-world events. . Since the creation of the iconic IRONMAN®brand and its first event in 1978, athletes proved that ANYTHING IS POSSIBLE®crossing finish lines around the world. Starting as a single race, the IRONMAN group has grown into a global sensation with hundreds of events in over 55 countries. The IRONMAN group is owned by Advance, a private family business. For more information, visit www.ironman.com/about-ironman-group.

Advance is a privately owned, family-owned company that owns and invests in companies in media, entertainment, technology, communications, education and other promising growth sectors. Our mission is to build the value of our companies over the long term by promoting growth and innovation. Advance’s portfolio includes Condé Nast, Advance Local, Stage Entertainment, The IRONMAN Group, American City Business Journals, Leaders Group, Turnitin, 1010data and Pop. Together, these operating companies employ more than 17,000 people in 29 countries. Advance is also a major shareholder in Charter Communications, Warner Bros. Discovery and Reddit. For more information, visit www.advance.com.

New ‘Avatar: The Way of Water’ trailer teases epic visuals, and war above and below the surface – WEIS

The Beautiful Game between Algeria and France