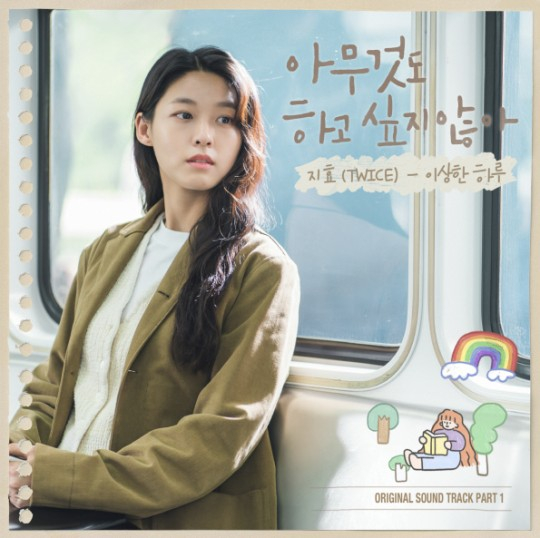 Jihyo of girl group Twice will release a song for the soundtrack of ENA and Genie TV’s new drama “Summer Strike” on Monday night, according to the show’s music production company Onesta.

“A Strange Day” (translated) will be available on various music streaming platforms from 6 p.m.

In March, Jihyo released “Stardust love song,” which was part of the soundtrack for tvN’s TV drama series “Twenty Five Twenty One.” It was also her first solo song since her debut in 2015.

“Summer Strike” is a romantic drama about characters who quit their jobs and city lifestyle and move to a rural town to take some time off. Actors Im Si-wan and Seolhyun are set to lead the series. 9 to 9:20 p.m., and airs new episodes every Monday and Tuesday.