According to data from Chrome LIVE Week 45’22, the Sports genre emerged as the week’s top gainer with a growth of 0.08pc in the All India 1 Lakh+ market. DD Sports got the highest OTS with 98.8pc followed by Star Sports First with 83.3pc in second place and Star Sports 2 in third place with 81.2pc. The English Films genre secured the third position by gaining 0.05 pc in 6 metros. The Romedy Now channel had the highest OTS with 53.3pc, followed by Movies Now with 52.3pc and MNX with 51.8pc in third place.

Youth genre claimed fourth position by gaining 0.03pc in HSM excluding market <1 lakh. In this genre, Zing won the highest OTS with 89.1pc, followed by MTV with 88.8pc in second place and Zoom with 86.7pc in third place. 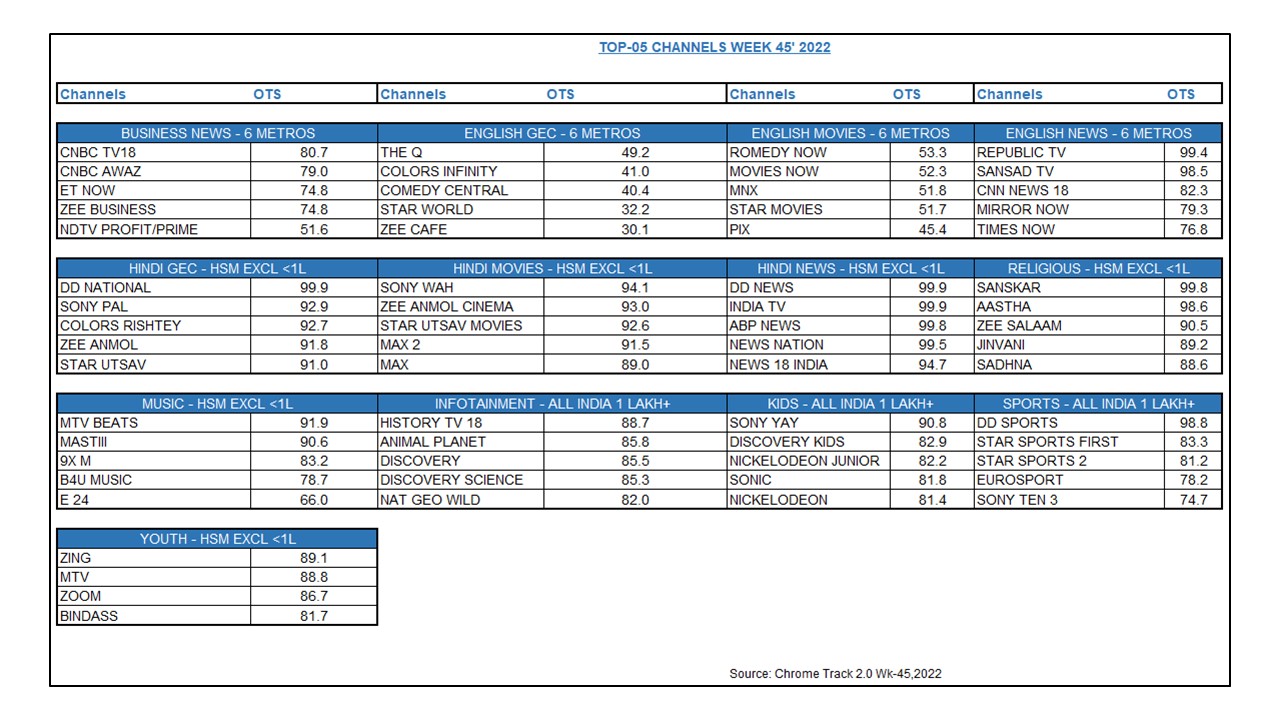 The infotainment genre held at the fifth position gaining 0.01pc in the All India 1 Lakh+ market. History TV18 had the highest OTS with 88.7pc, followed by Animal Planet with 85.8pc in second position and Discovery with 85.5pc in third position.

OTS is the actual connectivity percentage based on a channel’s census across 76.16 million households, reported by Chrome Data Analytics & Media, split across Analog Cable, Digital Cable, and DTH.

How To Watch India vs South Africa 1st T20I 2022 Live Telecast On DD Sports? Get Details of IND vs SA Match On DD Free Dish, and Doordarshan National TV Channels