A special preview of the upcoming drama “A Business Proposal” has been released!

Based on a web novel adapted as a webtoon, “A Business Proposal” is a romantic comedy about an office worker who goes on a blind date with the CEO of her company in place of a friend while hiding her identify. Ahn Hyo Seop plays Kang Tae Mu, a perfect third generation chaebol. Kim Sejeong plays opposite him as Shin Ha Ri, a regular office worker who hides her true energetic personality in order to transform into a charismatic femme fatale for her blind date. 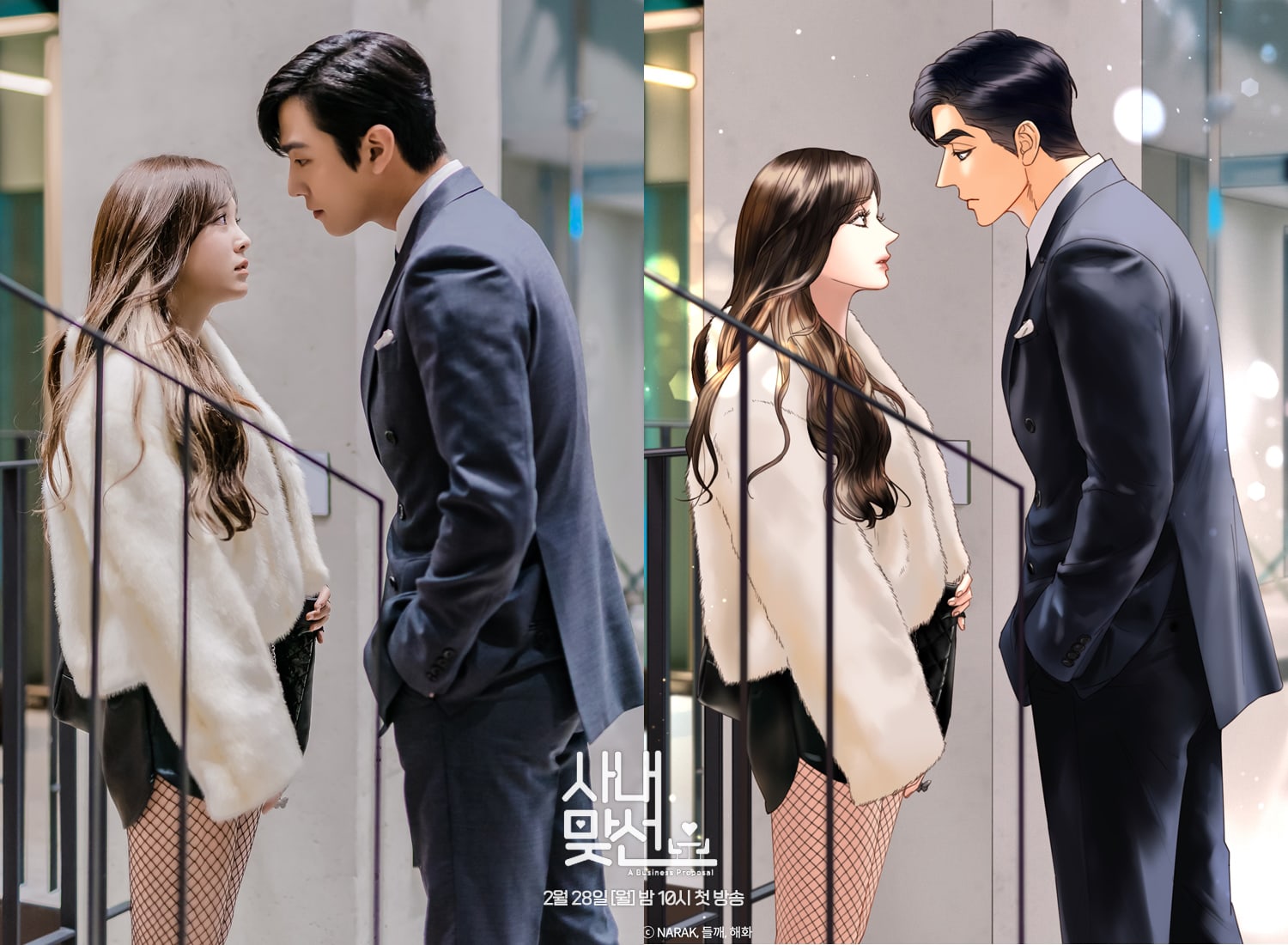 To celebrate the airing of the drama, webtoon illustrator NARAK has delivered a surprise webtoon-style drawing of the two characters. In the two photos, Kang Tae Mu and Shin Ha Ri stand alone next to a staircase in a room. Kang Tae Mu looks intimidatingly at Shin Ha Ri. Dressed in a clean cut suit, he bends over her as if trying to confront her about something. She nervously looks away as she clutches her bag by her side. The tension between them rises, making viewers’ hearts race as well. From the photos, it can be proven that Ahn Hyo Seop and Kim Sejeong have a fantastic synchronization with their webtoon characters. 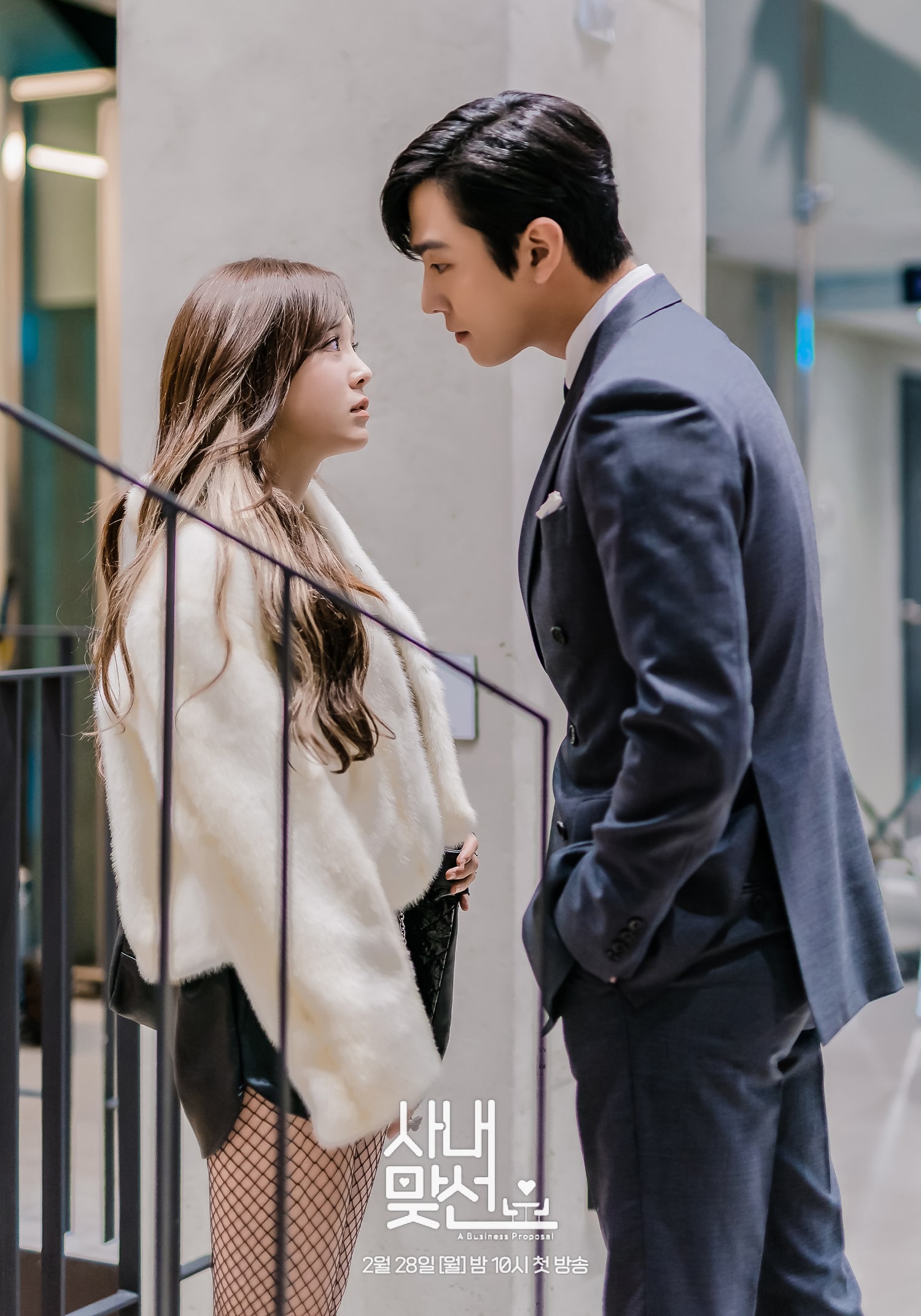 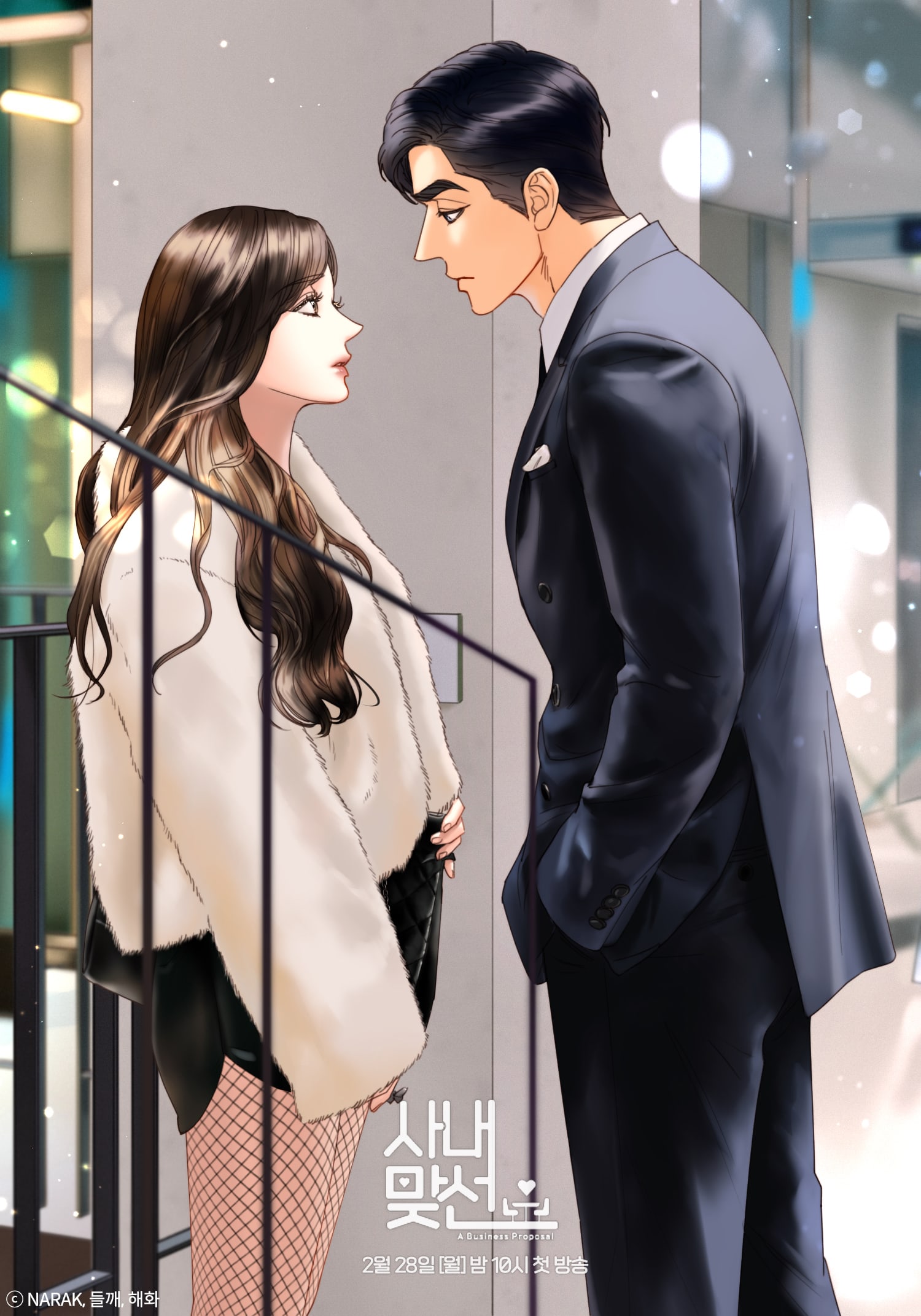 Additionally, original webtoon writer Hae Hwa supported the drama, saying, “I’m happy and excited that ‘A Business Proposal’ is coming out as a post-webtoon drama. I am grateful to everyone who loved Tae Mu and Ha Ri and those who worked hard to produce the drama. I hope the drama “A Business Proposal” will once again present an exciting time for many people. »

“A Business Proposal” will premiere on February 28 at 10 p.m. KST. Check out a teaser for the drama here!

In the meantime, check out Ahn Hyo Seop in “Lovers of the Red Sky”:

And watch Kim Sejeong in “I Wanna Hear Your Song“: