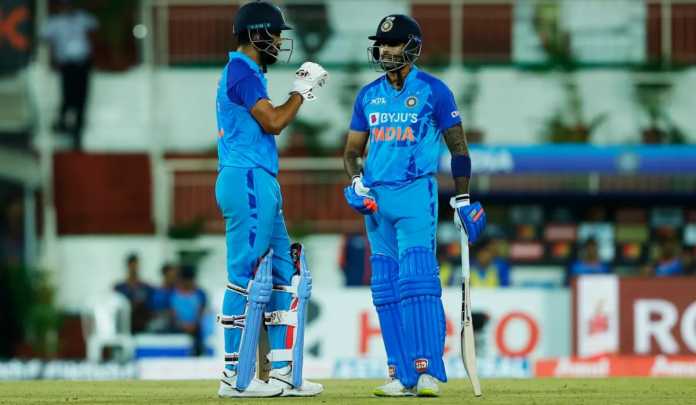 After all the hype about India’s victory over arch-rivals Pakistan in the Super 12 T20 World Cup opener, it’s time for India to play the Netherlands in Sydney on Thursday. The Indian team will be looking to build on their promising start to the tournament in hopes of cementing their place at the top of the group. Indian batsmen are hoping for a better performance and superstar Virat Kohli would like to rack up the runs after his winning innings against Pakistan on Sunday.

So, as attention shifts to the next match, the Indian team are hoping for a stern contest from the Netherlands, taking them on at the Sydney Cricket Ground. If you are looking for details on how to watch the India vs Netherlands T20 World Cup match, its match times and how to watch the match live stream on TV and online, then you have come to the right place. .

The India vs Netherlands T20 World Cup 2022 will be available on multiple channels of the Star Sports Network, which is the official broadcaster of the ICC cricket event. You can either purchase each Star Sports channel or bundle it with an STB package that includes sports channels. You also have DD broadcasting all matches on his channel. If you’re wondering which Star Sports networks will be showing T20 matches, here’s the list:

For those who don’t know, you can also watch the India vs Netherlands T20 World Cup match live on DD Sports. This is mainly because DD Sports has the right to telecast all India’s T20 World Cup matches, as well as the T20 World Cup semi-finals and finals, on its DD Sports channel. However, it is important to note that a live broadcast of the match will only be available on the DD FreeDish and TNT (Digital Terrestrial Television) platforms. It will not be available on regular DTH platforms like Tata Play, Airtel Digital TV, etc.

In addition to television, the 2022 World Cup will also be streamed live on the Disney+ Hotstar app and website. In India, the Star Network holds the exclusive rights to broadcast ICC matches. So, if you plan to watch a live match on Disney+ Hotstar, you will have to pay for its subscription, which is available as Mobile, Super and Premium.

The platform’s most expensive plan is Disney+ Hotstar Premium, which offers the best streaming quality, and you can stream the content on four devices at the same time.

How to watch India vs Netherlands match T20 World Cup 2022 for free on mobile?

Now that we have told you about various prepaid plans that give you the Disney+ Hotstar Mobile plan for free, it’s time to check out the prepaid plans that let you stream India vs Netherlands T20 World Cup game on TV and computer portable. These plans are available for Jio and BSNL subscribers.

Jio users have two packages provided with Disney+ Hotstar Premium subscription. A plan costs Rs 1,499 and offers 2GB data usage per day, along with 84-day validity. The second plan is worth Rs 4,199 offers 365 days validity, gives you 3GB per day of data usage and a premium Disney+ Hotstar membership.

BSNL Fiber offers a free subscription to Disney+ Hotstar Premium with two of its broadband packages for subscribers. You have the Rs 999 and Rs 1,499 plans that come with one-year access to the streaming platform, allowing you to stream content to four devices simultaneously. The Rs 999 BSNL Fiber plan offers 150 Mbps data speed, while you get 300 Mbps with the Rs 1,499 plan.

What is India’s record against the Netherlands in T20?

India and the Netherlands have never played a T20 match in a major tournament. This will be the first T20 game to be played between these two nations.

What is the format of the T20 World Cup?

Roblox Clicker Simulator codes (October 2022): How to get free luck and boosts