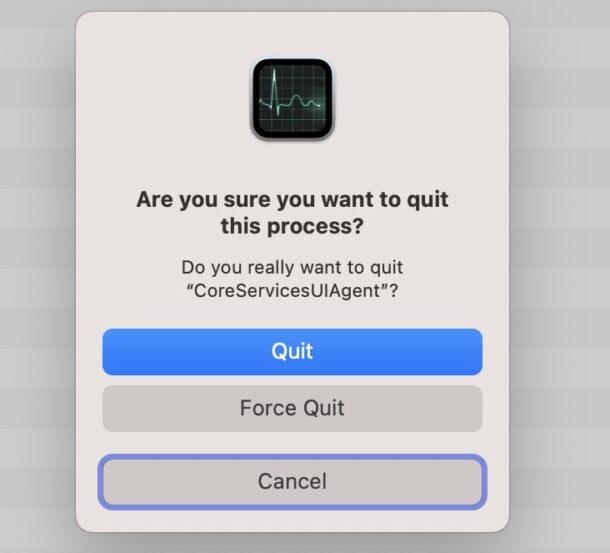 Rarely, if you have attempted to open a package installer or disk image on the Mac, you may find a stuck “Verification” window, and you may also notice a task called CoreServicesUIAgent taking up lots of system resources in Activity Monitor. This checking process is normal, but the CoreServicesUIAgent blocking is not, so let’s fix that.

Sometimes verifying a package or DMG file can take a while, so you should usually let this process complete. But sometimes it gets stuck and freezes the CPU for an extended period of time and doesn’t seem to move forward or go anywhere, and after a considerable amount of time you may get fed up and want to stop the CoreServicesUIAgent process from consuming your Mac system resources.

If you’ve confirmed that CoreServicesUIAgent is blocked and the check no longer continues, here’s how to end the process: 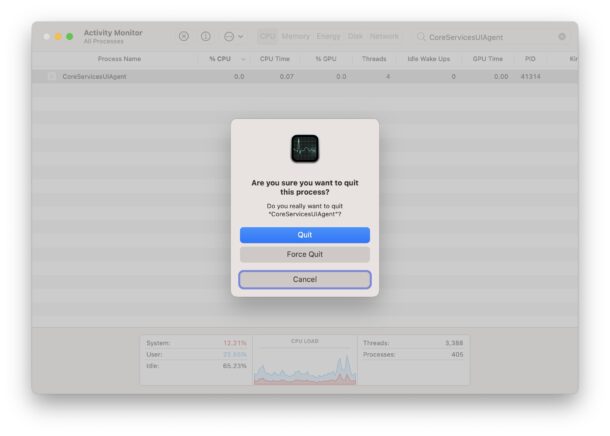 This will terminate the CoreServicesUIAgent process that is using excessive CPU or resources, as well as stop the process of verifying the disk image or package installer.

If you try to open the same DMG file or package and the same verification process hangs, you may want to download the file again and try again with a new version. Sometimes a file can get corrupted or fail to complete the download, which can cause the verification process to hang and CoreServicesUIAgent to wander.