Doha, October 30: The long-awaited annual communications championship has produced another set of champion speakers from Qatar.

In the Adult Inspirational Speech segment, Shareef Mihlar won the title of champion as he framed his speech around the theme of belief. Aim for success, but belief is the secret ingredient that makes it happen. 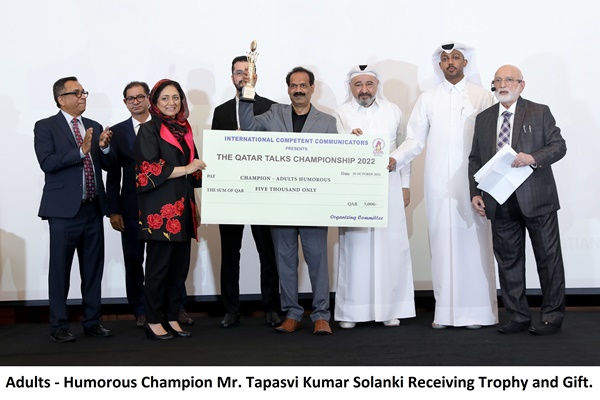 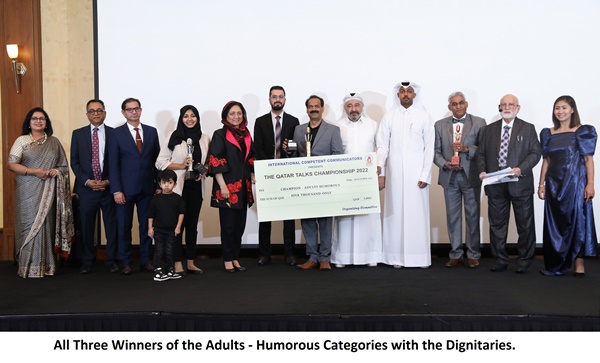 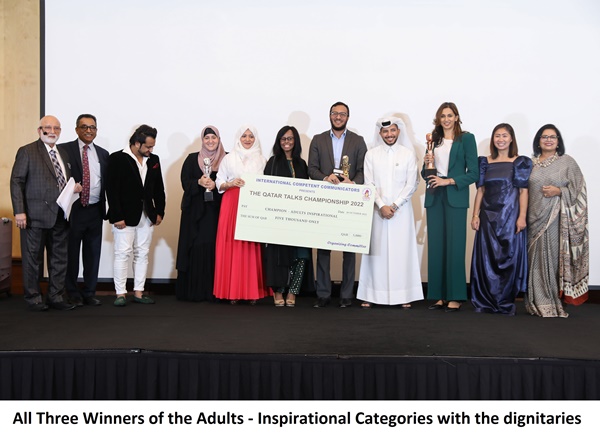 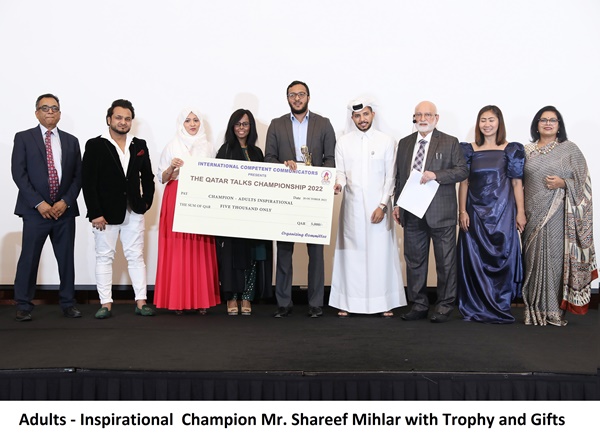 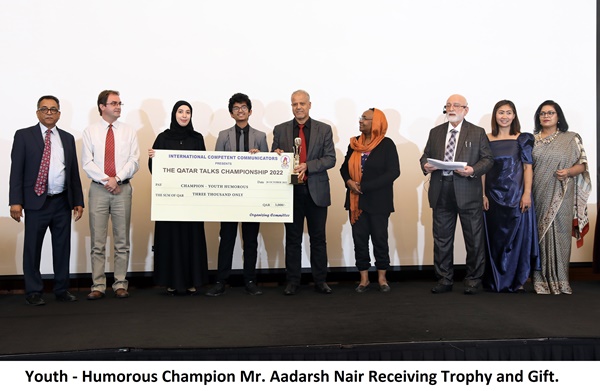 2nd place winner, Ibtissam Khamlichi, in his trademark style, gently and gently warmed our hearts with his own story and inspired by his message that it can be big or small but be that hope for someone.

3rd place winner Sahitya Reddy in her talk about quitting smoking is not an option. Claimed herself that “I choose not to give up and not to regret”

The adult humor champion was Tapasvi Kumar Solanki. He delivered a funny treatise on the search for the sky. Reflecting on the various trials and tribulations of finding a bride for his marriage, the comically entertaining Tapasvi took us on his testimony journey of finding a girl.

2nd place winner Ameena Raseen gave her take on the contest and exams are parallel roads. She expertly dissected the similarities between competition and exam, which connected the audience to her gesture.

3rd place winner Sebastian Mascarenhas delivered a fun treatise in his speech titled “Oh no! not yet’. Her feelings after the death and her family’s reaction captivated the audience.

This year’s junior speech contests brought us confident students with a myriad of talents. Among them, all the champions stood out.

In the humorous speech contest, Aadarsh ​​Nair of Gems American Academy was declared the speech champion. A fun take on the audience-related Aarush accent story gets funnier with every incident.

2nd place winner Maryam Nasir of Bright Future International School had a different take on her first time at a fancy restaurant.

3rd place finisher Kevin Davis of Rajagiri Public School had nailed his personal story on worry. Her talk took us inside her family about their worries and made us sit back worry-free until you had to.

In the Junior Inspirational Speech Contest, the Champion’s Trophy was won by Patricia May Castelltort of the International School of the Philippines, who spoke about a blessing greater than wealth. Particia reiterated that success is a journey, not a destination.

The 2nd place winner had an inspiring story to boot. Divneet Kaur Sarin from the Doha British School spoke about the power of reading.

3rd place went to Ruth Sunil Thomas from Rajagiri Public School who shared her personal story of stage fright. She ended her story by saying “There is no failure except not to try again”

The competitions were launched in 2004 by founder and organizer MI Farid in 2004. The Qatar Talks, formerly known as the ICC ONE Communication Championships, inspired over 2,000 residents of Qatar to explore their public speaking skills and were welcomed with great enthusiasm throughout Qatar.

This event is a recognition of the International Competent Communicator’s social commitment to promoting public speaking in Qatar. Participation in the Adult category is open to all residents over the age of 18 and in the junior category, all schools are invited to send 2 participants each in both categories. Eliminations take place a month before the final and six finalists compete for the Champions Trophy.

Philip Cherian, the chief coordinator, opened the debates at the Radisson Blu, Lornalyn T Tallod, the engaging master of ceremonies sailed through the championships with her dynamism and her presence of mind. She was ably supported by the contest chairs, Michelle Macariag, Mahmoud Ahmad, Toqa Mahmoud Abd Al-Tawwab, Salman Essa Al-Boainain and the timing team.

There was a free raffle for all participants followed by a sumptuous dinner.